A wild Scottish island provides the backdrop for this taut drama of a stormy marriage between an authoritarian minister and his mysterious wife whose lives are shaken by the unexpected arrival of a delinquent into their home. 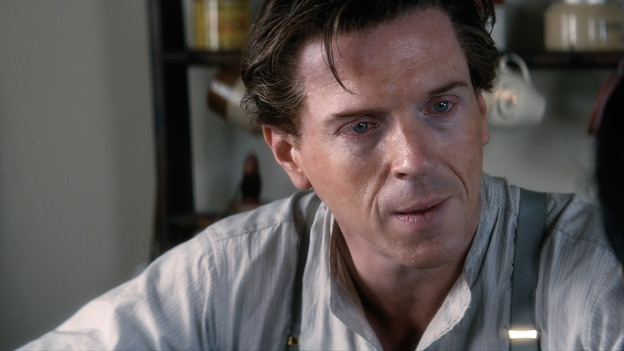 On a remote Scottish island in the 50s, Aislin (Andrea Riseborough) lives with her minister husband Balor (Damian Lewis). He is a man of sudden and violent mood swings, and stern religiosity. Aislin finds consolation from his attitude of wrathful disapproval in the stark beauty of the surrounding countryside. With the other islanders leaving for the mainland in droves, the couple are joined by a Glaswegian youth (Ross Anderson), entrusted to their care by a religious charity. Balor is initially suspicious of him, but Aislin recognises a kindred spirit in this sensitive young man and their relationship deepens when her husband has to leave the island. Marking Corinna McFarlane’s feature debut after her codirected 2006 documentary Three Miles North of Molkom, this domestic melodrama is a tale of sweeping emotions and grandly realised landscapes, featuring full-blooded performances from Riseborough and Lewis.