We’re looking forward to seeing you at BFI Southbank once we can safely re-open. But in the meantime, stay in and stay safe with BFI at Home, exclusive online events including Bridgerton cast and creatives Q&A, the latest new releases and curated collections of film including the Wong Kar Wai collection on BFI Player, and our range of DVDs and other film essentials available online from BFI Shop.

As a charity, every gesture of support makes a huge difference to the BFI as we face another period of closure. If you can, we would be really grateful if you were to make a donation.

Thank you for continuing to support the BFI. It means a lot to us. 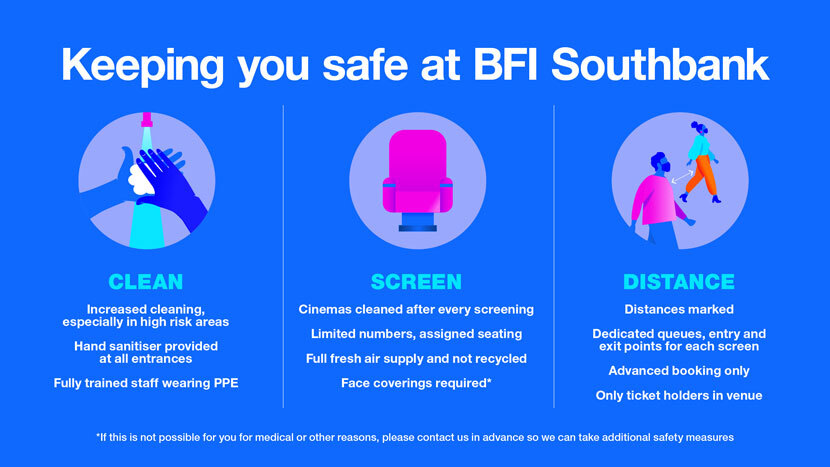