Special Presentation in association with Empire

The Phantom of the Open

Truth is funnier than fiction in this delightful and effortlessly charming tribute to Maurice Flitcroft, the ‘world’s worst golfer’. 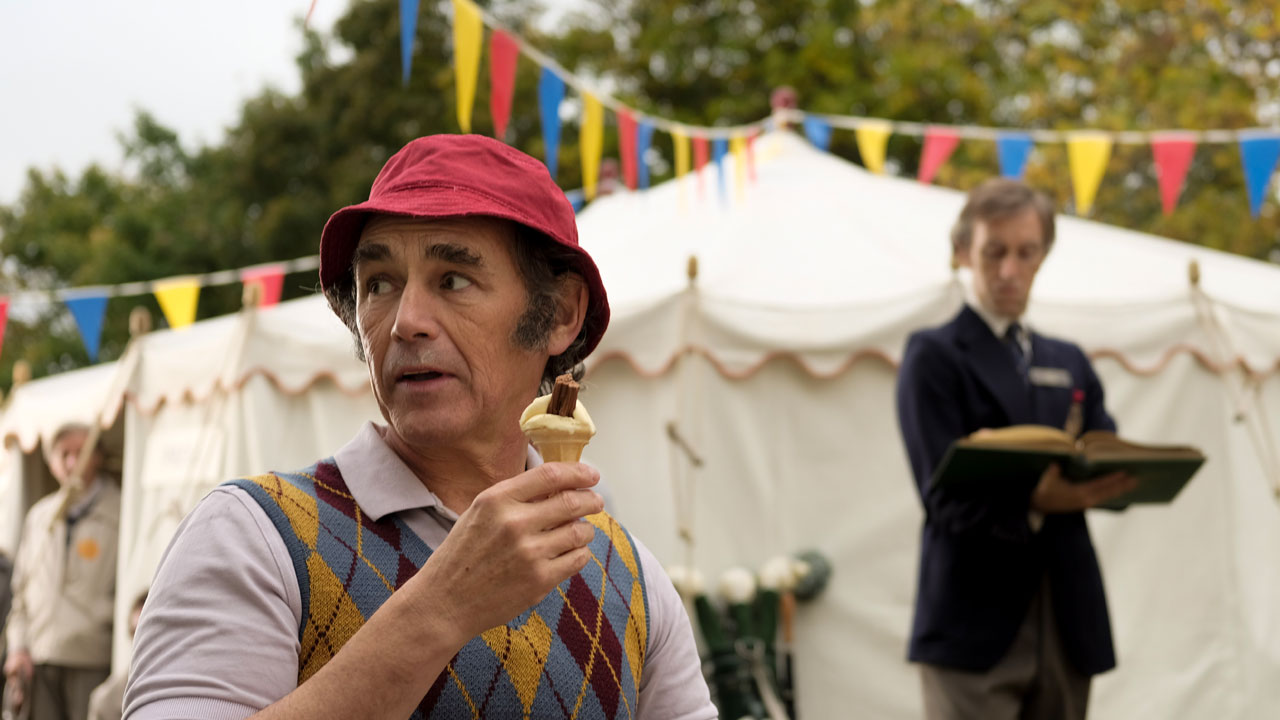 At the age of 46, happy-go-lucky crane operator and all-round lovable family man Maurice Flitcroft (Mark Rylance) feels it’s time to try his hand at something new. Deciding on a whim that golf is his new calling, the budding sportsman sets his sights on mastering the game. But Maurice is not a man to do things by halves, and in a turn of events that you just couldn’t make up, he secures a coveted spot in the qualifying round of the 1976 British Open. With the enduring support of his loving wife and disco-dancing sons, Maurice borrows some books, buys the clobber and gets hold of a set of clubs. There’s only one problem; he has never played a round in his life. Adapted by Simon Farnaby from his book ‘The Phantom of The Open: Maurice Flitcroft, the World’s Worst Golfer’ (co-written by Scott Murray), Craig Roberts’ film is a heartfelt celebration of an eternal optimist who never let his sporting inadequacies stand in the way of his dreams. You’ll laugh. You’ll cry. All hail the underdog!