Song From the Forest

An American musicologist’s life among the Bayaka pygmies is portrayed in this haunting documentary. 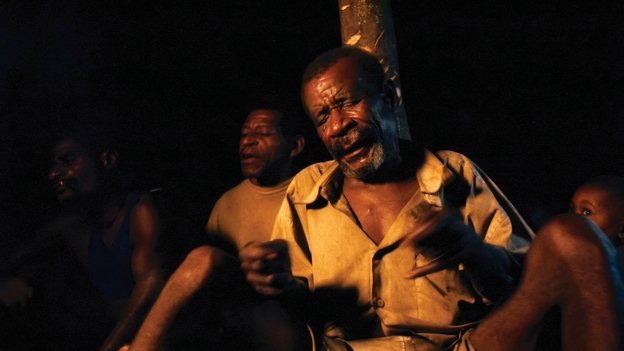 Over 25 years ago, Louis Sarno heard some music on the radio that gripped his imagination. It inspired him to leave his native New Jersey on a quest to find and record the music and sound of the remotest parts of the African jungle. He discovered and fell in love with the Central African Republic’s Bayaka pygmy community and never left, becoming an accepted and valuable member of their society. Michael Obert has created a highly unusual film, introducing us to Sarno with an almost transcendental immersion into his unfamiliar world, through an extraordinary symphony of startling cinematography, Bayakan song and the chorus of the forest itself. The effect is mesmerising, so much so that when Sarno takes his son, Samedi, on a trip to New York, we are shocked by the vastness and complexity of the concrete jungle, and left to ponder how exotic the city and its ways seem to a man who long ago left it behind.