A family is shaken by an unexplained pregnancy in Debbie Tucker Green’s bold debut. 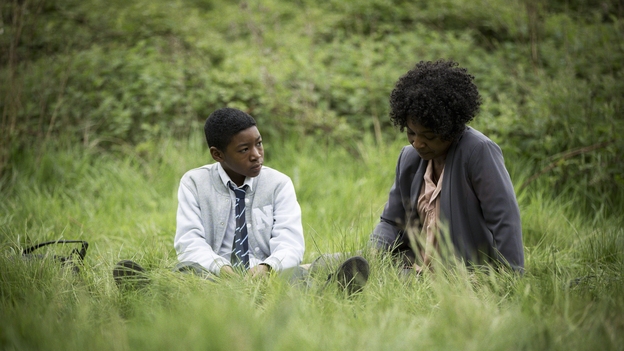 It’s a bold move to make your debut theatrical feature a modern day take on such a big theological ‘What If?’, and Debbie Tucker Green astonishes with this London-set drama, where the newest family member is neither expected nor biologically possible. Jax (Marshall) works in the welfare office, lives with tube-worker husband (Elba), and their sensitive, nature-loving son JJ who, on the cusp of manhood is constantly looking around him for cues on how to make this transition. It’s rare to see a woman on-screen who remains so taciturn in the face of inner turmoil and as Jax’s self-possession begins to frustrate her friends and family, the film ramps up the tension with Nadine Marshall’s performance creating one of the most unshakable characters in recent memory. Taking the ‘kitchen sink’ tradition of social realism to a fresh new place, it’s a film that lingers, and marks Green as an immediate new voice in British cinema.