Radu Jude's portrait of a young writer confined to a Romanian sanatorium in the late 1930s is a poignant triumph. 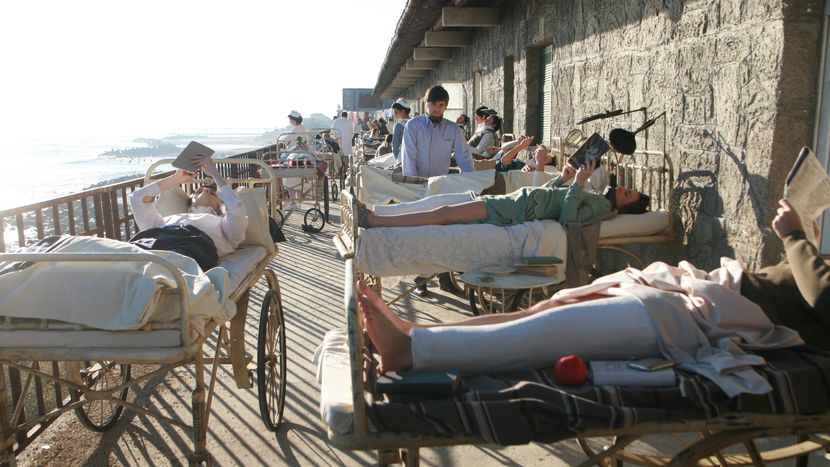 After his brilliant Aferim! (LFF2015) Radu Jude delves again into the past: a Romanian sanatorium by the Black Sea in the late 1930s. It’s here that Emanuel (Lucian Teodor Rus), a young Jewish man with ambitions to write, is checked in to treat his bone tuberculosis. Strapped into a bed – Teodor Rus is wonderfully expressive despite lying horizontal for much of the movie – Emanuel reflects on his illness, discusses the troubled times with his fellow patients and falls for the beautiful Solange (Ivana Mladenovic´). Based on Max Blecher’s semi-autobiographical novel, Scarred Hearts is a deeply compassionate film about enduring chronic illness (complete with forensic recreations of the baroque procedures of pre-war medicine). But alongside its melancholic exploration of mortality, it abounds with wit and romantic longing, and emerges as a rich celebration of lusty resilience in the face of sickness. Shot with exquisite restraint, the film confirms Jude as one of European cinema’s most distinctive voices.