Studio Ghibli's first co-production is a mature, dialogue free-piece about a man getting to grips with life on a desert island.

Read Sight & Sound’s review of the film, by Isabel Stevens. 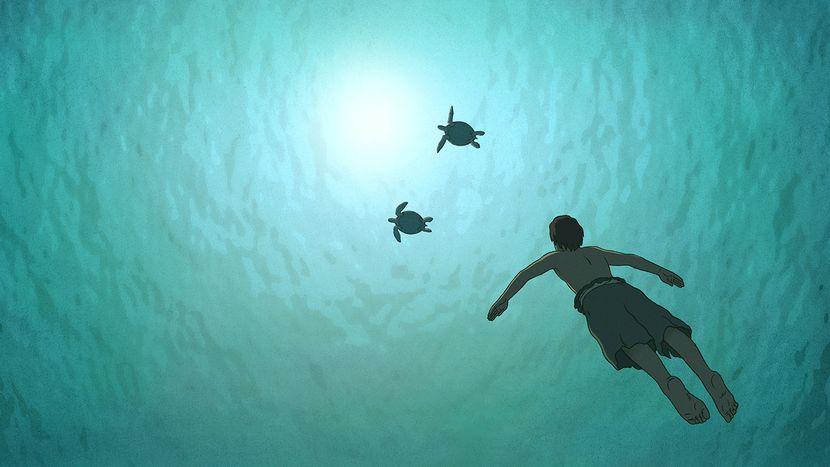 This mature, dialogue free, traditionally animated film is the result of a unique co-production between Japan’s Studio Ghibli and London-based Oscar-winning filmmaker Michael Dudok de Wit. A man is shipwrecked on a beautiful island devoid of humans and must make the most of what he has to survive. Watched on by a group of sand crabs, he attempts to escape but is thwarted by the weather and a red turtle with a vendetta. Then an unexpected visitor arrives who will alter the man’s fate for all time. The positioning of the environment at the core of the project and the calm sensibility of the storytelling can be partly attributed to support during the process from Ghibli’s artistic visionary Isao Takahata (Grave of the Fireflies, The Tale of Princess Kaguya). The debut feature of a true auteur, The Red Turtle is a brilliant twist on a familiar premise that packs a hefty emotional punch.