Isabelle Huppert gives an unforgettable performance in Paul Verhoeven’s provocative thriller about one woman’s response to a violent attack. 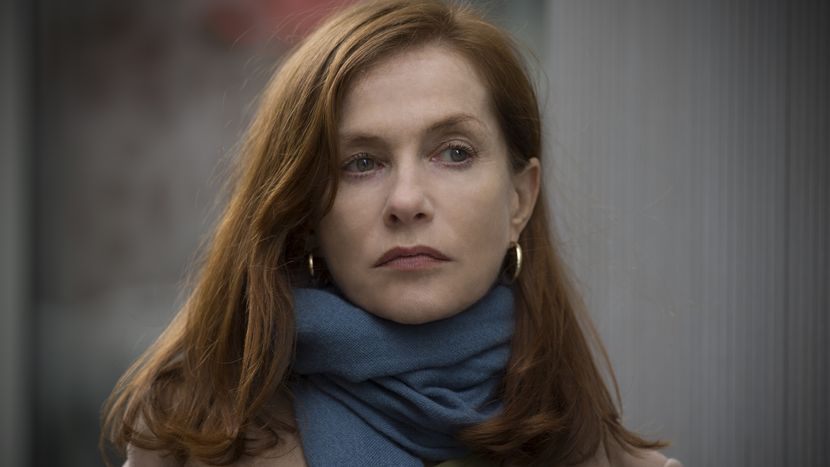 French icon Isabelle Huppert – who can switch from scathing to playful with a liminal quiver of her upper lip – gives a staggering performance as Michèle Leblanc, the director of a video game company who is raped in her own parlour by a masked assailant. Giving no immediate sign of distress and taking what appears to be a deliberate pleasure in shrugging off the terrifying incident, she locks the door after her attacker and gets on with life. Michèle is a woman who mocks the idiocy of others and enjoys her own power, especially her capacity to disrupt. When her attacker insinuates himself into her psyche via a series of text messages, there is a whisper of fear, but she soon flicks it to ‘game on’.

American writer David Birke’s screenplay (translated back into French) is persistently ambiguous and ironic, avoiding the easy psychology and obvious motivations of the rape revenge fantasy for something far more textured and sophisticated in its treatment of desire and control. It is full testament to the collaboration between Verhoeven and Huppert that they expertly navigate amorality and sustain a permanent state of suspense, mischief and challenge. 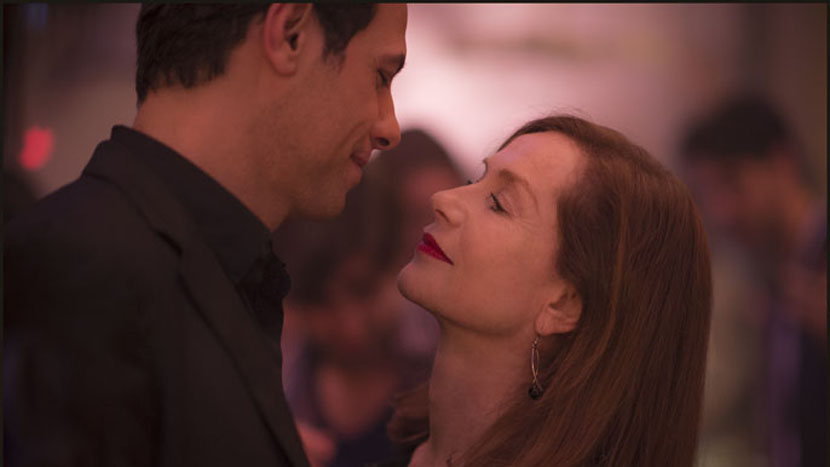