The Disappearance of Eleanor Rigby

Jessica Chastain and James McAvoy star as a married couple torn asunder, in this moving contemporary drama that explores how to be a whole person again following a traumatic event. 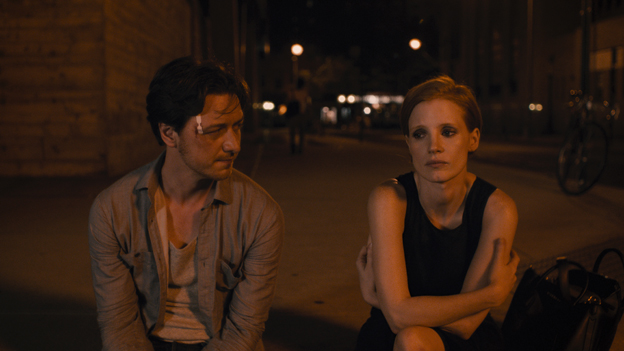 Jessica Chastain and James McAvoy display a compelling romantic chemistry as Conor and Eleanor, a married couple torn asunder, in this moving contemporary drama that explores how to be a whole person again following a traumatic event. Separated and lost, Conor throws himself into work, while Eleanor re-evaluates her identity, seeking new hope and ideas, as Ned Benson’s script waltzes from delicate observation to emotional explosions. Created as part of an ambitious three-feature project Disappearance of Eleanor Rigby: Him and Her each tell the story from Conor and Eleanor’s perspectives respectively, while this third version combines their narratives, while suggesting the unknowability of each character’s emotional worlds, to each other and to themselves. Set in a crisp New York lensed by Christopher Blauvelt (Night Moves, The Bling Ring), the talented cast is rounded out with a roster of strong performances, including a particularly arresting turn from Viola Davis as the dryly witty university professor whose cynicism is cut with a wide streak of wisdom. Ciarán Hinds gives great world-weary as Conor’s father who has already made all the mistakes, and in an inspired act of flame-haired casting, Isabelle Huppert sparkles as Eleanor’s wine-swilling French mother.