The World of Kanako

A wayward ex-detective investigates his daughter’s disappearance in this gleefully nasty thriller. 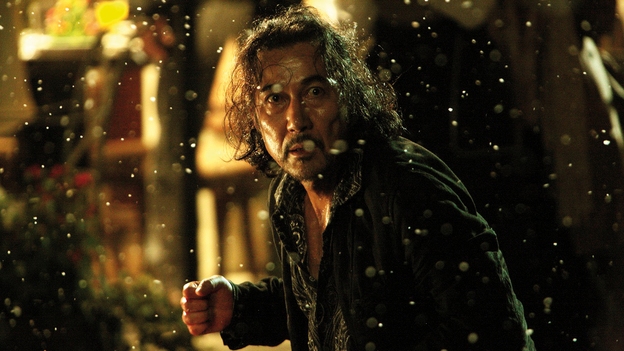 Bad cops in cinema. There are your garden variety, on-the-take or displaying a short fuse and violent tendencies. Then there are the crazed nut-jobs whose badge is the only thing keeping them from outlaw status. If you’re partial to the latter, you’re in for a treat. As recently fired detective Akikazu, Kôji Yakusho gives great psychopath on the rampage: drinking, snorting and pillaging with abandon as he tries to uncover the truth about what happened to his angelic teenage daughter Kanako. Meanwhile, through the flashbacks of a besotted fellow high-schooler, we find that the beguiling Kanako harboured her own share of darkness. Hotly anticipated given the four-year gap since Confessions, director Tetsuya Nakashima (Kamikaze Girls, Memories of Matsuko) returns with gusto and a film invigorated with a playful approach to time and memory. Gleefully nasty.