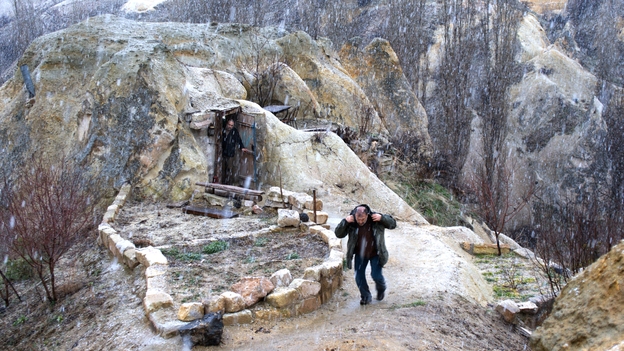 Deserving winner of this year’s Cannes Palme d’Or, Nuri Bilge Ceylan’s extraordinary film blends a daringly digressive and extended narrative structure (foreshadowed in Once Upon a Time in Anatolia) with the uneasy intimacy and incisive bite of a Bergman chamberwork. Retired actor Aydin (Bilginer) lives with his young wife Nihal (Sözen) and divorcee sister Necla (Akbað) at his boutique hotel in remote Cappadocia; generally preoccupied with committing whatever comes into his head to a local newspaper column, he leaves any business with his late father’s tenants to his manager. Then a boy hurls a stone at his car, upsetting his routine... Ceylan has long been an insightful and uncommonly honest observer of the male psyche, and his clear-eyed dissection of Aydin’s capacity for apathy, self-deception and passive aggression is as illuminating, witty and Chekhovian as ever. But Ceylan’s pushing himself (and us): availing himself of more dialogue than hitherto and manoeuvring the marital, familial and other tensions so skilfully that the cosily lit interiors become almost claustrophobic, he leads us through a long, wintry night of the soul towards a revelation as pleasingly tentative as it is profoundly affecting. Cool yet compassionate, this is filmmaking of the first order.