Reese Witherspoon impresses in this moving account of one woman’s attempt to hike the Pacific Crest Trail. 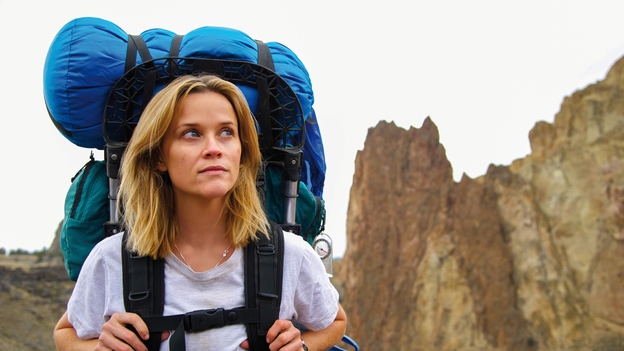 In this captivating and richly satisfying adaptation of the best-selling 2012 memoir by Cheryl Strayed, Reese Witherspoon plays a young woman attempting the gruelling 1,100-mile hike across the Pacific Crest Trail. It’s the early 1990s and Cheryl (Witherspoon), reeling from a difficult break-up, decides to embark on foot across a route that will see her pass through desert, snow, and over the Sierra Nevada and Cascade mountain ranges. Fresh from the awards season success of Dallas Buyers Club, director Jean-Marc Vallée offers an epic appreciation of the country through which the ill-prepared Cheryl travels: rarely in recent times have American landscapes been filmed with such sweeping majesty. But this is also a very intimate tale, as the film explores the internal journey Cheryl experiences on her long trip, coping with emotional baggage as heavy as the hulking rucksack on her back. Featuring a script by Nick Hornby, the film is interspersed with moving flashbacks to Cheryl’s past, as she come to terms with the loss of her mother (a vivacious and warm Laura Dern) and her history of drug addiction. Also producing, Witherspoon is outstanding in the lead role, at turns gutsy and vulnerable – she wears her walking boots with urgency and pride.

The screening on Wednesday 15 October will have audio-description and English subtitles for the Hard of Hearing.