Colleen Moore stars in this 1929 romantic comedy with a soundtrack full of hot jazz and 1920s dance music, featuring period greats such as Jimmy Dorsey. 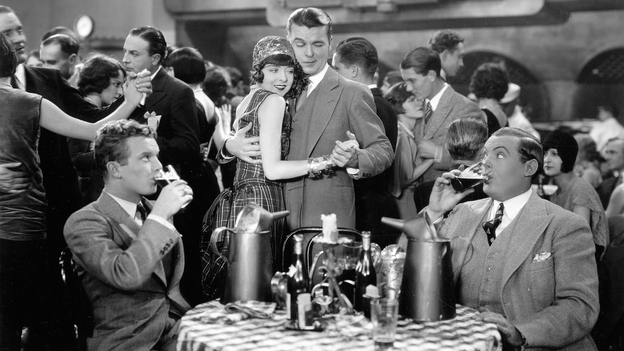 For clarification, the feature film Why be Good? has sound.

If you are a fan of Louise Brooks or Clara Bow you’ll love Colleen Moore, who is only less well known today because so few of her films are extant. The decades-long struggle to reunite the picture of Why be Good? with its original Vitaphone disc soundtrack is all the more welcome for being such a rare survival. The mute print was held by the film archive in Milan and the 16-inch discs, with exhilarating jazz score and effects, were acquired by the Vitaphone Project. The marriage is a perfect one – an elegant, late silent romantic comedy and a perfectly-synched contemporary music score that would have been tricky to recreate by a musician 80 years on. Moore, 30 going on 15, is dazzling and could never be out-Charleston-ed, even by Clara or the lovely Louise.

On with the Dance

On with the Dance will be screened with live piano accompaniment by John Sweeney.