A host of directors, including a few actors behind the camera for the first time, present a series of dramas based on Tim Winton’s short stories. 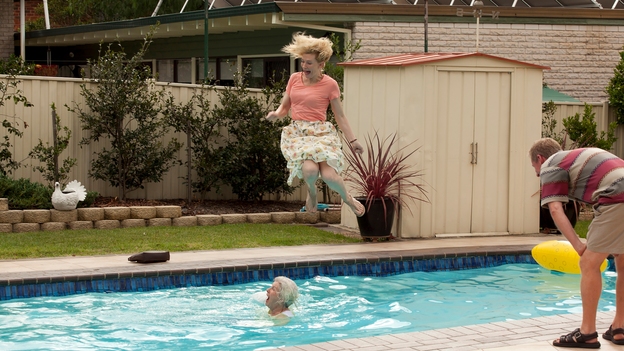 Robert Connolly (Balibo, The Bank) mines a rich vein of creative talent for this expansive adaptation of celebrated Australian author Tim Winton’s short stories. Each of the 18 segments is made by a different filmmaker, including Justin Kurzel (Snowtown), Tony Ayres (The Slap) and Warwick Thornton (Samson & Delilah). Actor Mia Wasikowska makes an impressive directorial debut and acclaimed artist Shaun Gladwell also contributes a segment. The stories are loosely linked by characters, a sense of place and a recurring, explorative theme: life’s moments of change. There areturning-points of obvious, instant significance and others that are only clear with time: two boys pick up a hitchhiker on the dusty highway; a girl offers a salty kiss on a beach; a teenager sees his mother humiliated by her employer. What emerges is a compelling cinematic portmanteau and a sumptuous portrait of a diverse, modern Australia that is nonetheless haunted by its past. A sparkling cast includes Cate Blanchett, Hugo Weaving and Rose Byrne.