Maria Klonaris’ and Katerina Thomadaki’s Super 8 groundbreaking investigation into the uncanny as the repressed feminine unconscious. A major piece of French experimental cinema restored and transfered into 35mm by the Archives françaises du film. Screened in tribute to the late Maria Klonaris. 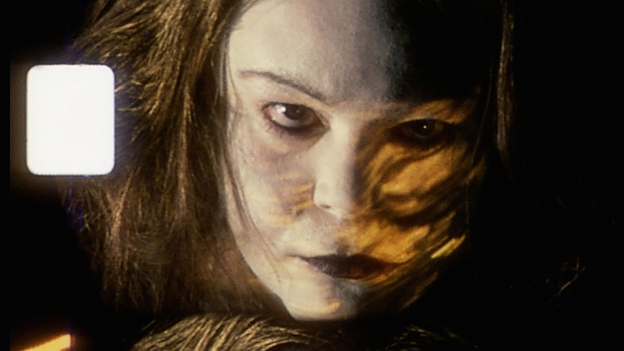 The late Maria Klonaris, who sadly passed away earlier in the year, with co-author Katerina Thomadaki, was responsible for some of the most radical feminist and transgender films and art ever created. Of Greek origin but based in Paris, Klonaris and Thomadaki were founders of the Cinema of the Body, a profound investigative practice into gender and bodily identity. In tribute to Maria and their work together, we present Unheimlich I: Secret Dialogue. Restored and transferred from Super8 to 35mm, the film takes the Freudian concept of the uncanny generated by an inexplicable strangeness to expose the reappearance of the repressed feminine unconscious through splitting, doubling and mirroring the cinematic image to question the boundaries of the real.

The screening will be introduced by writer and lecturer, Cecile Chich, with a presentation by Katerina Thomadaki. They will be in conversation with Experimenta programmer Helen de Witt following the screening.

Restored from Super 8 into 35mm by the Archives Françaises du Film/CNC under the supervision of Maria Klonaris and Katerina Thomadaki and with the support of the Athens-based J.F. Costopoulos Foundation.