Sion Sono is here to blow your mind again, this time with an ingenious hybrid of Yakuza gang action and hip-hop musical! 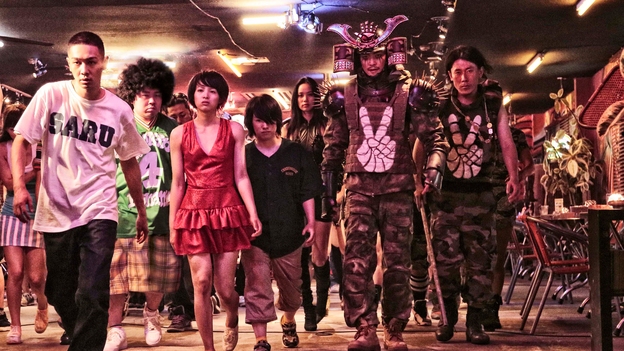 Just when you thought Sion Sono’s unique brand of subversive cinema couldn’t get any more out there, here he comes to explode expectations once again with an ingenious hybrid of Yakuza gang action and hip-hop musical. Set in an undisclosed future, Tokyo is ruled by several street gangs, each of whom stick to their own territory. But when the Musashino Saru tribe intrude on the Wu-Ronz turf all hell breaks loose, leading two former best friends, Kai and Mera, to find themselves pitted against each other as violence erupts among the warring communities. Based on a popular Manga series and told almost entirely in rap verse, Tokyo Tribe has to be seen to be believed. Like last year’s Why Don’t You Play In Hell?, Sono’s film is a loud and vibrant assault on the senses, sometimes crass, often violent, and always able to take you completely by surprise. You have been warned.