Eclectic and enchanting colour shorts from archives worldwide: the rare, the restored and the merely ravishing. 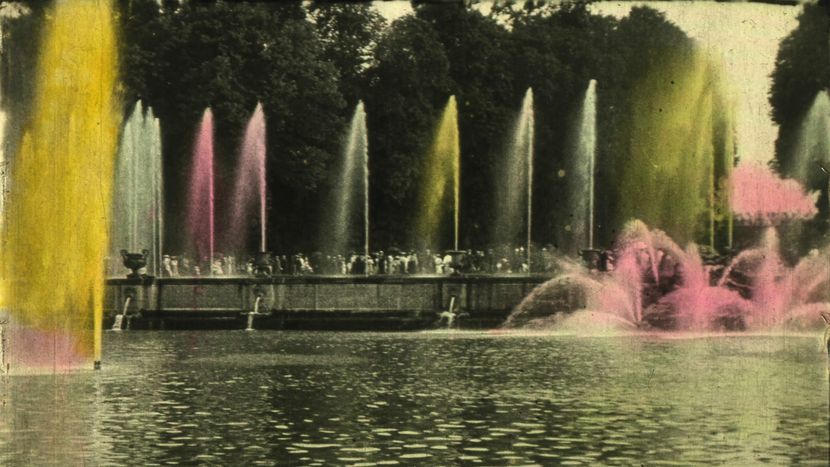 Luxuriate in this programme of archive colour shorts. It’s an eclectic selection that includes vibrant early films, sumptuously scenic travelogues, inventive advertising and abstract experiments: all they have in common is their striking, sometimes dazzling use of colour. Silent films from several archives portray an enchanting world: from Crystal Palace fireworks to the fountains of Versailles, Holland to the South Pacific. From the sound era, our selection includes the premiere of BFI restorations of two shorts photographed by Technicolor legend Jack Cardiff: This Is Colour (1942), a captivating study of the colour spectrum, and Ruins of Palmyra and Baalbek (1938), topical in light of recent events in Syria. And we have two hypnotic abstract films: Jordan Belson’s Samadhi (1967) and Jules Engel’s Landscape (1971).