The Mayor of London's Gala

Gemma Arterton sparkles in this witty drama set in the world of propaganda filmmaking during WWII, from director Lone Scherfig (The Riot Club, An Education). 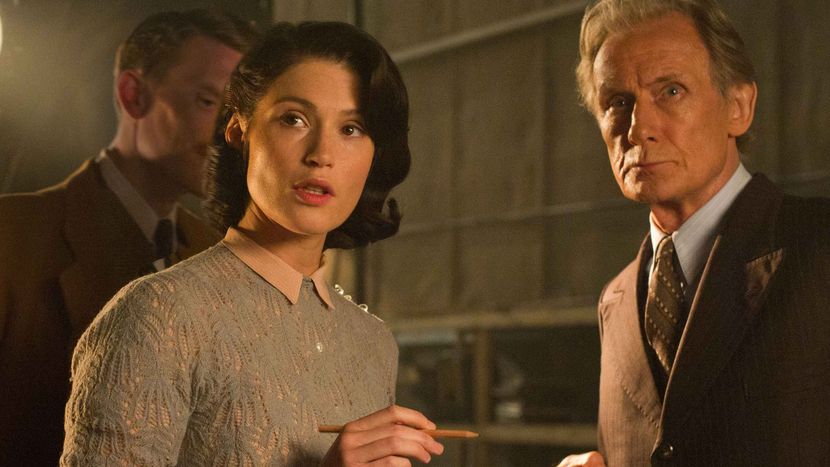 Danish director Lone Scherfig’s (The Riot Club, An Education, LFF2009) fascination with British manners continues to find new register in this delectable comedic drama, her fifth film set in the UK. Gemma Arterton is positively luminous as Catrin, a young Welsh copy-writer enticed to London by her husband (Jack Huston), a self-obsessed and wayward artist with little interest in her emotional needs or ambitions. She soon lands a job as a script editor with the Ministry of Information, hired to provide a ‘woman’s touch’ to propaganda films being made during the Blitz. Thrown into the colourful and surprisingly active world of filmmaking in London in the 1940s, her confidence grows and new interests and desires soon ignite. Debut screenwriter Gaby Chiappe’s adaptation of Lissa Evans’ novel Their Finest Hour and a Half is an intoxicating blend of social drama and shrewd wit, alert to the poignancy and irony of the way that new opportunities became available to women during wartime. With her finely-tuned eye for character, performance and gender politics, Scherfig plays to the strengths of the film’s top-flight British cast. None more so than Bill Nighy, who is irresistible as the fractious, past-his-prime movie star who develops a creative dependency on our heroine.