Son of a Gun

A smart heist thriller about a tough young hoodlum who teams up with a ruthless con and finds himself attracted to a smart, street-savvie young woman. 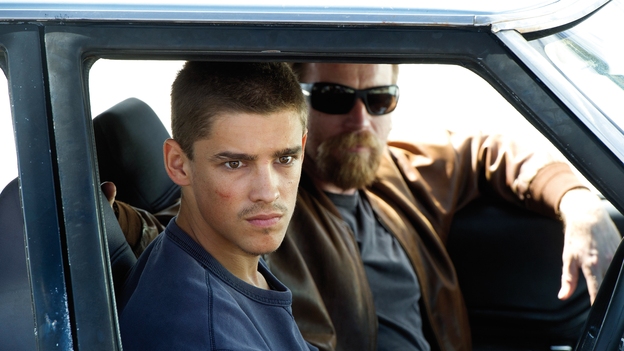 From prison yard to gold mine, Son of a Gun is a heist thriller that swaggers and shines in the Australian sun, announcing director Julius Avery as a breakthrough talent with a knack for muscular action. The character of the young inmate ingénue has provided a rich seam in recent cinema, and fresh-faced JR (Thwaites) cuts a sympathetic figure as a rookie whose lack of guile, paired with a razor-sharp survival instinct, sees him drawn towards Brendan (McGregor) a father-figure whose paternal instincts have a poisonous edge. Out of the slammer and into the fire, JR is soon seduced by the spoils of mobster living, all fast cars and firearms, where thugs play chess and double-crosses are par for the course. Here he meets feisty Tasha, played by rising star Alicia Vikander (a century and hemisphere away from her other LFF role in Testament of Youth, p11), a street savvy beauty who has grown weary of being kept caged. Ewan McGregor positively scorches in a shark-like role that harnesses all the charisma and livewire edge that first brought him to stardom. Son of a Gun is infused with a mythic quality, playing on a large canvas this is cinema locked and loaded.