An Israeli and a Palestinian woman swap roles in this mordantly funny drama from Israel. 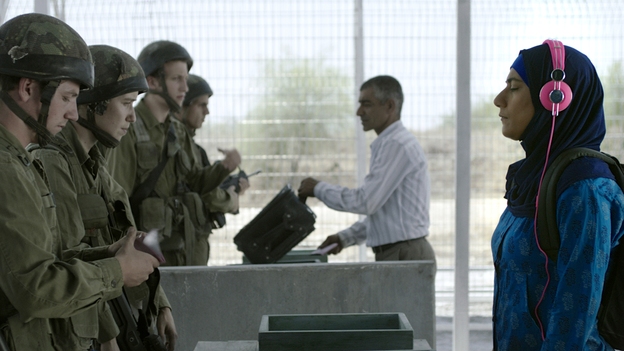 Self Made’s opening scene sees a young woman sleeping contentedly, only for her bed to suddenly give way and collapse underneath her. It is a moment that is at once dreamlike and shocking, and it sets the tone for the rest of Shira Geffen’s wildly inventive drama. The woman is Mihal, a Jerusalem-based conceptual artist (played by Sarah Adler), and on ordering a new bed she inadvertently causes Nadine (Samira Saraya), a Palestinian working at the furniture firm that supplies the replacement, to lose her job. From such a small domestic detail, Geffen spins of tale of multiplying unintended consequences that sees these two women from either side of the Israeli-Palestine border swap roles and live out each other’s identity. The results are exhilaratingly provocative, mordantly absurd and full of oblique and lacerating insights that probe the on-going political difficulties of the region.