Jon Stewart brilliantly tells the story of Maziar Bahari, the journalist who was detained for 188 days in Iran. 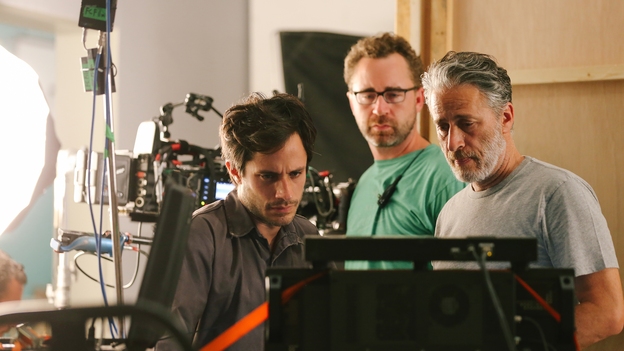 Jon Stewart makes a striking directorial debut with Rosewater, based on the real-life ordeal of London-based journalist Maziar Bahari. In June 2009, Bahari (Gael García Bernal) returns to his homeland of Iran to report for the BBC on the elections and to interview Mir-Hossein Mousavi, the prime candidate running against Ahmadinejad. Finding himself embroiled in the maelstrom of unrest that follows Ahmadinejad’s victory declaration, Bahari covers the action from the streets of Tehran, sending footage of the protests back to the BBC. The morning after filing this material, he is arrested by the Revolutionary Guard on a charge of treason and incarcerated in Evin prison where he is held for 118 days. Stewart achieves a superb balance between the plight of the individual and the wider, ethical and political implications of the story. He vividly recreates the events leading up to Bahari’s arrest and powerfully evokes his emotional and intellectual struggle to survive.