Rediscovered Laurel and Hardy – The Battle of the Century 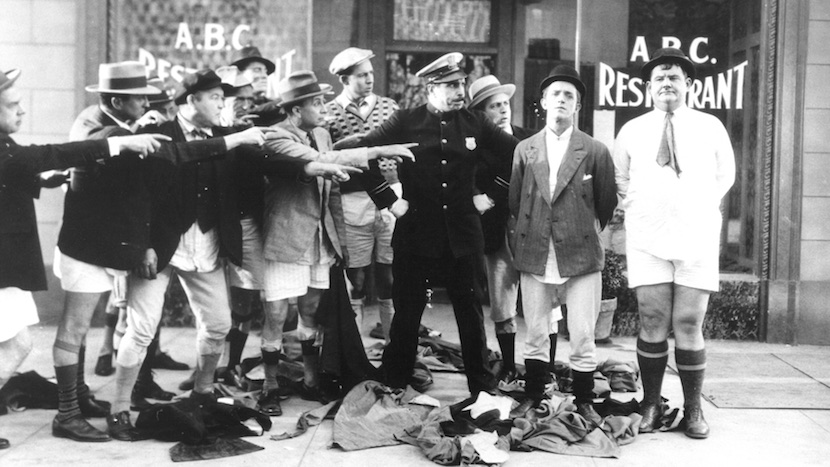 Holy Grail? Here you go. The long, thought-to-be-lost Laurel and Hardy silent comedy, Battle of the Century has been rediscovered via the ‘Mostly Lost’ film Workshop at the Library of Congress Film department. It comes courtesy of a collector – an eagle-eyed film accompanist – and brought to you by restorer Serge Bromberg. The eponymous battle starts in the ring then turns into a battle royale of staggering scale... with pies! Only half of the film had been available to watch – including a section of the pie fight – until now. Screening with a selection of the best Laurel and Hardy silent shorts, this promises to be the screening of the year for fans of the boys.

The performance on Thursday 8 October will feature a live music accompaniment by Costas Fotopoulos, and by Stephen Horne on Friday 16 October.