Stephen Frears delivers a kinetic tale of cyclist Lance Armstrong’s inexorable rise to near canonisation and his subsequent vertiginous fall from grace. 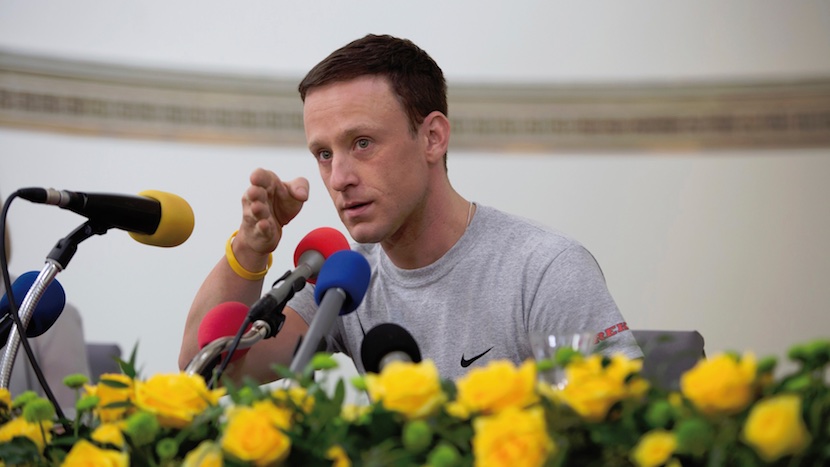 Director Stephen Frears makes a hugely welcome return to LFF after Philomena in 2013. Joining forces with screenwriter John Hodge (Trainspotting), Frears delivers a kinetic tale of cyclist Lance Armstrong’s inexorable rise to near canonisation and his subsequent vertiginous fall from grace. Starting in the 90s with Armstrong – played here with a zealot-like intensity by a mesmerising Ben Foster – a little-known young cyclist on his first Tour de France being interviewed by sports journalist David Walsh (Chris O’Dowd), and showing ego and ambition to burn. As we scroll through the years with dazzling, pacy style, the furiously driven Armstrong soon comes up against the ultimate foe: his own body, both in his lack of killer physical potential on a gruelling mountain race, but also his own mortality when diagnosed with Stage Three testicular cancer. Through sheer force of will he recovers from cancer and goes on to found one of road racings most successful ever teams, US Postal. Too good to be true? You bet it was. Frears and his team deliver tour-de-force cinema with The Program. In particular, Danny Cohen’s (The King’s Speech, Room) race cinematography takes your breah away. Jesse Plemons is excellent as deeply conflicted fellow cyclist Floyd Landis and O’Dowd perfectly captures the conflict of a man who risked his own career to prove Armstrong was a doping cheat. Raw ambition fuels the film, and it’s a seriously thrilling ride.

The screening on 10 October will have an audio-description soundtrack for customers who are blind or partially sighted.