Warren Oates delivers his first great screen performance in this low-budget gem, unseen for decades - a major rediscovery for noir and crime fans. 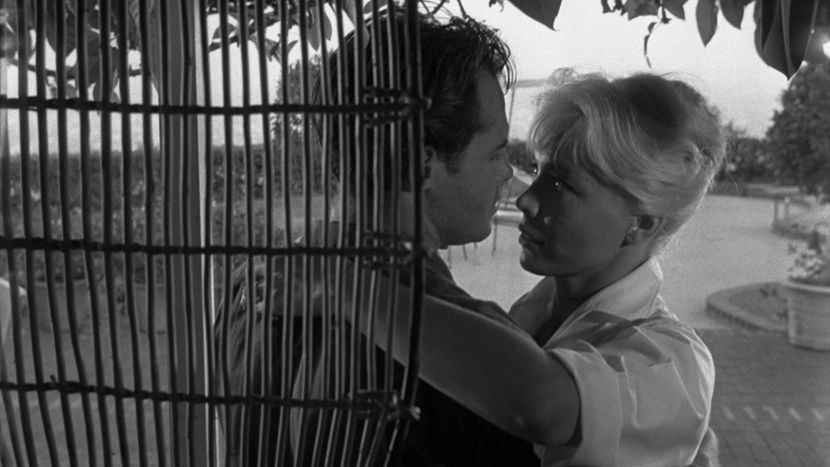 In this long-lost film noir, written and directed by The Outer Limits creator Leslie Stevens, two homicidal Californian drifters (played to perfection by Warren Oates and Corey Allen) appear on a highway one hazy dawn. Where did they come from? Behind them is a beach and their footprints lead straight into the ocean. At a petrol station, they spot a wealthy housewife. Hitching a ride with a sales manager for the Sacramento Appliance Company, they follow the woman back to her seemingly-perfect Beverly Hills home. Moving into the empty house next door, they spend their time spying on her, trying to worm their way into her house, her swimming pool and, ultimately, her bed. Enthusiastically received in Europe but condemned by the Legion of Decency in the US, this film noir gem is infused with simmering sexual tension and shot in stunning B&W.