Poet on a Business Trip

A black and white lo-fi hybrid documentary that sees a grungy poet hit the road in China in 2002. 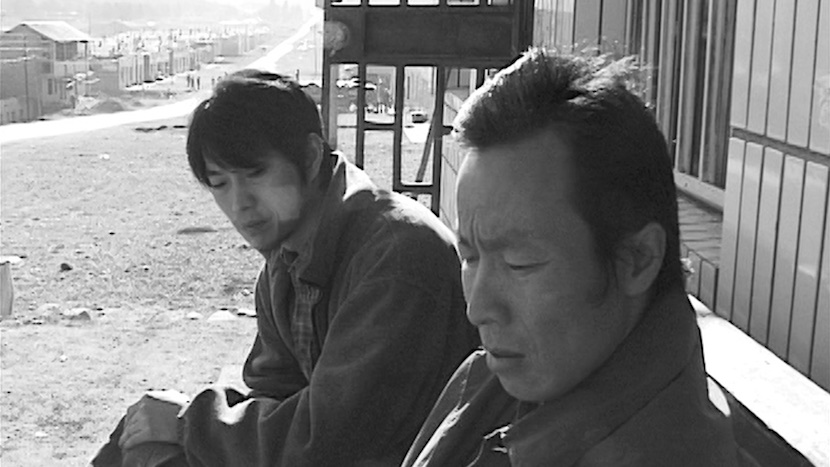 Starting with some under-the-covers copulation, this black and white lo-fi hybrid documentary is bare-assed in its style, raw in its aesthetic and surprisingly captivating in its execution. We are quickly drawn into the world of Shu, a grungy young poet, travelling through the punishing terrain of the Xinjiang province on a self-imposed business trip. Hitching rides with truckers, sleeping in hostels and meeting a spectrum of people, these encounters inspire the 16 poems threaded throughout the film, which are by turns intimate, observational, rude, moving and funny. Shot in 2002 with editing completed last year, the road trip has a fluidity that makes its documentary status blurry, with the most powerful scenes coming in moments of unvarnished intimacy during Shu’s interactions with sex workers. A compelling portrait of a character, a landscape and a vision of China at a particular moment in time.