Like a time capsule straight outta 1985, Hip Hop has arrived and 13-year old Rad Miracle is about to have the summer holiday that will change everything! 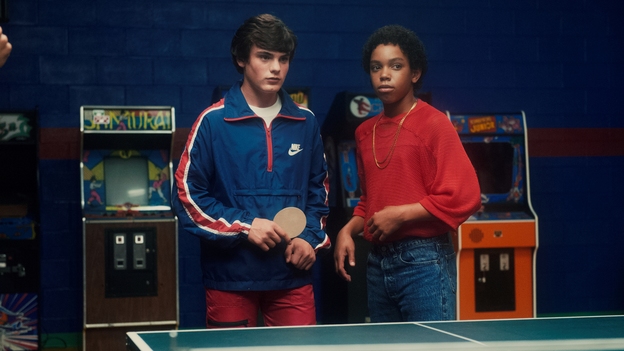 Like a time capsule straight outta 1985, Hip Hop has arrived and 13-year old Rad Miracle is about to have the summer holiday that will Change Everything! In Ocean City, Maryland, the buffets are endless, the arcade is where it’s at, and to get the girl Rad must face down the town bullies in a table tennis tournament. Enter new best friend Teddy Fryy, keen to show him the ropes, and mysterious neighbour Randi Jammer (played with oddball élan by Sarandon) as a reluctant ping pong Mister Miyagi figure. Channeling the same brand of anti-drama Michael Tully plowed with Septien, this semi-autobiographical tale constantly avoids narrative clichés, giving an odd freshness to the coming-of-age teen formula and replacing what could have been an exercise in nostalgia with a ceaselessly upbeat tone that is as disarming as it is infectious. Ping Pong Summer is a feel-good charmer that keeps it sweet without the sickly aftertaste.