Athens’ Olympic Park is now a wasteground, and the teenagers who hang out there engage in a dangerous new set of games. 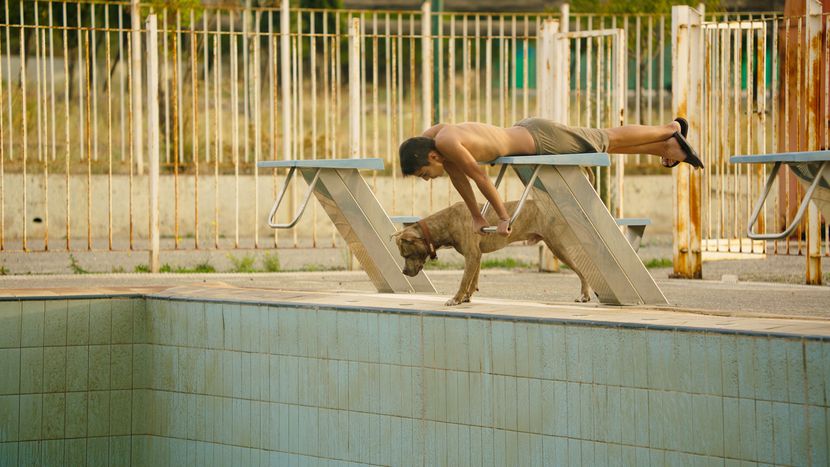 Park follows a ragtag of bored kids hanging out in Athens’ now desolate Olympic Park. Where there was once grandeur and ideas that shaped democracy, these days kicks are hard to come by. With no hope and zero opportunities, it’s a landscape ripe for lawless teenage aggression. 16-year-olds Dimitris and Anna are a couple trying to escape, through hedonism, sex and increasingly charged encounters with the oblivious tourists, the area’s only viable source of income. Evoking a messed-up trinity of Gummo, The Tribe and Rihanna’s We Found Love, this edgy drama is a powder keg of political prescience, with the teenagers playing increasingly dangerous games, their future sealed by the devastating economic crises. Debut director Sofia Exarchou exhibits bold stylistic nerve, sticking to a tactile physical register – all scars, scabs and bruises – to communicate a hellish and provocative vision. This is decaying Europe and the kids are not alright.