Only Angels Have Wings

A classic Howard Hawks aviation adventure, set around a ramshackle airstrip in South America. The pilots are terse in the face of death but love breaks through. 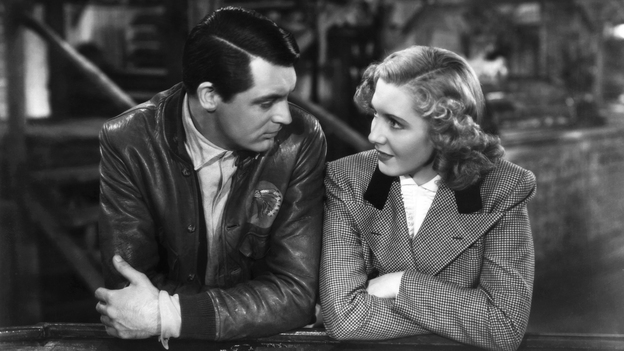 Somewhere on the coast of South America there’s a ramshackle, fog-bound port and a landing strip from where mail pilots risk their lives over mountain passes to win a lucrative delivery contract. Into the life of an ace pilot and despatcher (Cary Grant) arrive two women: one a sassy nightclub pianist (Jean Arthur), the other his ex-lover (Rita Hayworth). The plot sounds pure Hollywood hokum, but it’s one of Hawks’ most enjoyable explorations of his favourite themes: the connections between strong-willed women and stoical men, and the love and loyalty between men. Jean Arthur is obliged, like later Hawks heroines, to declare ‘I’m hard to get – all you have to do is ask me’, while Rita Hayworth, in an early role, is devastatingly lovely as the wife of a disgraced pilot seeking redemption.