A smart, blackly hilarious, and gleefully unhinged homage to the Spaghetti Western from Ning Hao. 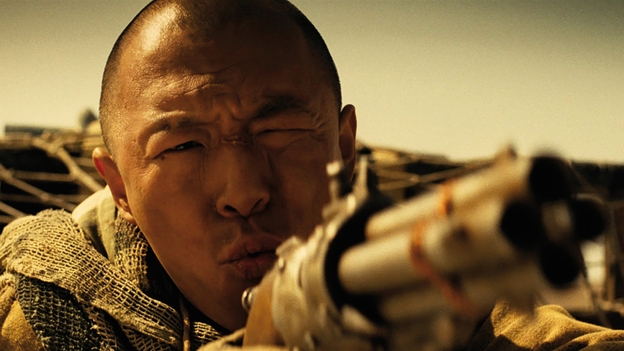 In the north-western deserts of China, Pan Xiao, a smug big city lawyer is forced to represent a dangerous crime boss in a dustbowl town of lowlifes and wasters. Having successfully won the case, Pan Xiao embarks on his long drive home across the harsh terrains of the Gobi, but a series of mishaps and encounters with some unsavoury folk see him plunge headlong into a farcical nightmare from which he may never escape. Shot in 2009 but delayed following censorship problems, Ning Hao’s madcap apocalyptic neo-Western at long last sees the light of day. Thankfully, it was well worth the wait. A giddy concoction of Mad Max meets Sergio Leone, with a hint of the Coen Brothers thrown in for good measure, this anarchic romp is a violent, often hilarious homage to the spaghetti western, imaginatively realised and overflowing with wild action and black humour.