Dare Gala in Association with Time Out

Following Dogtooth and Alps, Yorgos Lanthimos turns his strange lens on an all-star cast in this bleakly hilarious dystopian drama. 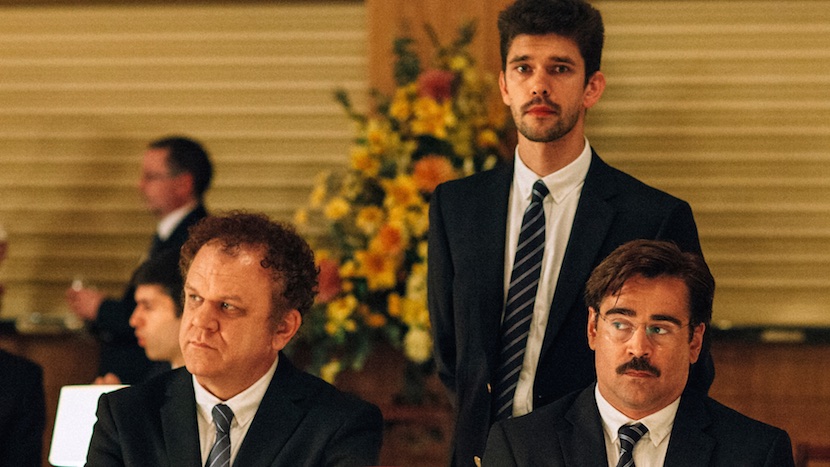 In a near-future dystopia, singledom is outlawed. Anyone not successfully paired up must report to The Hotel, where they have forty-five days to find a mate; otherwise they’re transformed into an animal of their choosing. In desperation, paunchy divorcee David (Colin Farrell) – who selects the eponymous crustacean for its lengthy lifespan and fertility – flees, prepared to take his chances with The Loners, forest-dwelling fugitives with their own strict individualistic creed. His international breakthroughs Dogtooth and Alps displayed Greek filmmaker Yorgos Lanthimos’s brilliantly inventive dissections of conditioned identity and social oppression, delivered with a distinctive, absurdist comic sensibility. This all-star follow-up (with superb, atypical turns by Farrell, Rachel Weisz, Ben Whishaw, Léa Seydoux and John C Reilly) widens the scope while keeping Lanthimos’s ruthless clarity and daring tonal blend of deadpan, surreal humour and quiet horror. Amid dead-on production design and verdant Irish locations, The Lobster is both a bleakly hilarious skewering of fundamentalist diktats and rituals, and a tender plea for genuine intimacy amid society’s self-imposed absurdities. In short, beneath its tough carapace lies the pulsing, tender heart of a fiercely modern love story. Albeit with claws.

The screening on 13 October will have an audio-description soundtrack for customers who are blind or partially sighted.