Keep On Keepin’ On

Music bridges the generation gap in this poignant documentary about the friendship between two jazz musicians. 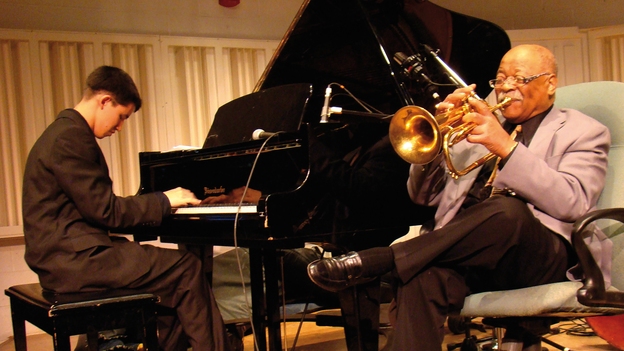 Alan Hicks’ debut documentary tells the highly absorbing story of the relationship between legendary Jazz trumpet player and one of the founders of Jazz education Clark Terry and his most recent protégé Justin Kauflin. As a young man ‘CT’ played alongside Duke Ellington and Count Basie, and mentored Miles Davis and Quincy Jones; and he draws on this experience to help 23-year-old Justin to overcome the performance anxiety and nerves holding his phenomenal talent back. Over the four years which the film spans, Hicks observes a friendship between the two men that transcends their mentor/student relationship; as Clark’s health declines and Justin, who is completely blind, struggles to make his way in New York, their ‘sessions’ together become mutually beneficial in an incredibly poignant and life-affirming way.