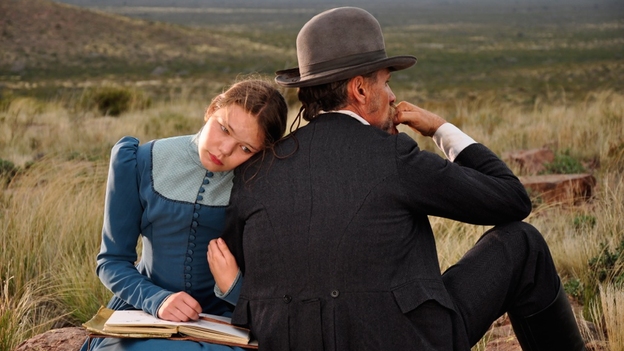 Danish engineer Captain Gunnar Dinesen (Viggo Mortenson) is stationed with the Argentine army in a remote corner of Patagonia. When his 15-year-old daughter Ingeborg elopes with a young soldier, the angry and distraught Dinesen begins an epic journey across a harsh, threatening landscape in the hope of tracking the couple down. For his fourth feature, maverick director Lisandro Alonso turns to a difficult period in Argentine history, the brutal 1882 campaign to eradicate the indigenous population from Patagonia. His painterly existential western, framed in a vintage 4:3 ratio, is a fable about filmmaking, colonialism, the formation of nation and a brilliant chronicle of Dinesen’s descent into a single-minded obsession as fierce and foreboding as that of Apocalypse Now’s deranged Kurtz. Mortensen excels as the quixotic Dinesen, who undertakes the arduous journey through mythical landscapes, where his idea of utopia remains forever out of reach.