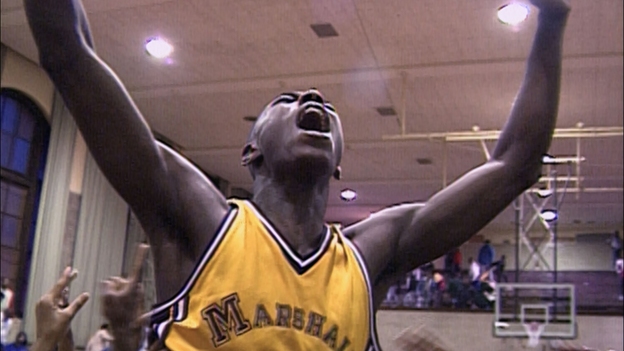 Filmed over a five-year period, Steve James’ intimate epic – here screening in a gleaming new restoration from video – charts the progress of Chicago-based, African-American youngsters William Gates and Arthur Agee as they navigate the ultra-competitive world of college basketball. Sport is only a part of what’s on offer, though. James is equally invested in portraying the boys’ negotiation of the intense pressures of family life and he transforms the minutiae of their urban existence into a riveting treatise on the slipperiness of the much-vaunted American Dream. Voted the 17th greatest documentary of all-time in Sight & Sound magazine’s recent poll, Hoop Dreams is an absorbing, wrenching and deeply humane portrait that resonates just as strongly now as it did upon its release twenty years ago.