This witty and stylish Mexican debut charts the droll adventures of an errant teenager sent to the capital to live with his older brother. 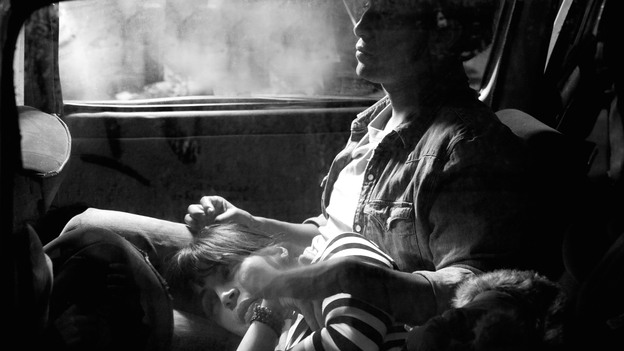 Teenage Tomás is playing with water-filled balloons on the roof of his house when he hits a baby in a pushchair. His stressed mother has had enough of his behaviour and sends him to Mexico City to stay with his elder brother Federico, known as Sombra (Shadow), who lives in a shabby apartment. Sombra is a student at the university, but because of protests he and his flatmate Santos are staying at home – ‘on strike from the strike’. Tomás soon fits in, enjoying his misadventures with them around the city. Alonso Ruizpalacios’ stylish feature debut is a wonderfully singular tale where droll dialogue, nuanced performances and a smart soundtrack combine to expert effect. An edgy black and white palette and quirky narrative touches further confound expectations, marking Güeros as one of the year’s most distinctive debut features.