Set during the Third Reich and its aftermath, this lyrical, harrowing tale of love and war is a neglected classic of New German cinema. 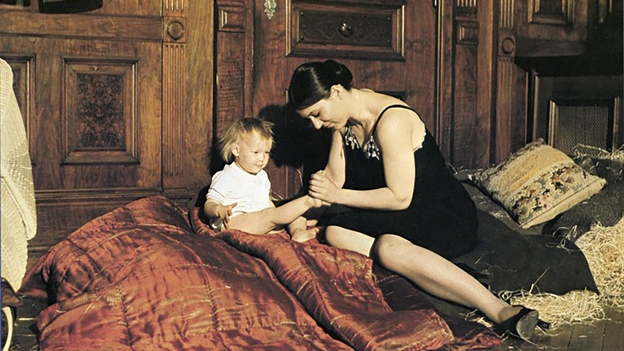 Based on her mother’s experiences during and after the Third Reich, Helma Sanders-Brahms’ lyrical, harrowing tale of love and war explores the devastating impact of politics on family life. Hans and Lene scarcely have time to meet and marry before Hans is sent away to fight, leaving Lene to give birth during an air raid and struggle through the war with a baby daughter. With a brilliant, fearless performance from Eva Mattes (Lene), the film casts a powerful emotional spell, intensified by a delicate, plaintive piano score, the bold interpolation of wartime archive footage and the haunting re-telling of a sinister Grimm’s fairy tale. German critics savaged the film at its premiere, baulking at its ‘subjective’ female take on recent history. Cut by 30 minutes for its cinema release, only now has it been restored to its impressive original form by the Deutsche Kinemathek and Bundesarchiv.