A portrait of raw creativity and the bruising challenges of success on the fringes of the Danish rap scene, starring Danish rapper Gilli. 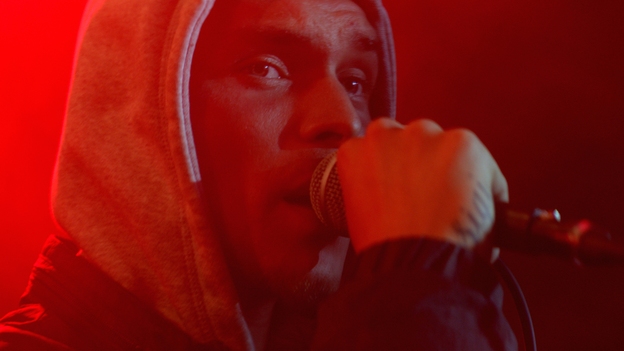 Mikael (Kian Rosenberg Larsson aka Danish rapper Gilli) and his hip-hop-loving crew of friends from the Copenhagen ‘projects’ have achieved a small level of success with their high-rise beats. He is clearly the talent of the group, a natural in terms of his rhymes and performance. It’s no surprise that he comes to the attention of established and successful rapper Apollo, who sees Mikael’s skills as a means to refresh and bolster his own somewhat waning career. Collaboration with Apollo offers success, money, drugs, sex and booze... What could have been just another rags-to-riches story in less inspired hands is animated here by fresh performances, slick visuals and a knockout soundtrack. Debut director Fenar Ahmed presents an authentic portrait of raw creativity and the bruising challenges of success in this striking and hugely entertaining film.