His third English-language film in four years sees Yorgos Lanthimos (The Lobster, The Killing of a Sacred Deer) on rollicking, virtuoso form with Olivia Colman, Emma Stone and Rachel Weisz revelling in the wit of his royal court life.

It’s the early 18th century, England is at war with France and Queen Anne’s (Olivia Colman) poor health finds her relying on her doting friend Lady Sarah (Rachel Weisz). When Sarah’s cousin Abigail (Emma Stone) arrives at the Palace, her charm soon wins the Queen’s attentions and the shrewd girl sees a way to restore her social status, lost through her father’s disastrous wagers. With stakes of the heart high, the two women soon become rivals for the Queen’s affections in a wickedly funny game of one-up-womanship.

This is riotous, gleeful and supremely intelligent filmmaking with every department in exquisite chorus: Fiona Crombie’s sets offer a spectacular canvas for much ribald jocularity; costume designer Sandy Powell boldly updates court classics (with the odd bit of beautiful kink); while Robbie Ryan’s occasionally bulbous lens bears witness to strange goings-on. Yet the pinnacle of so many delights is a trio of performances from Colman, Stone and Weisz. They fizz through the repartee that’s set at a breakneck pace by Lanthimos, and screenwriters Deborah Davis and Tony McNamara. Along with a terrific supporting cast, including Nicholas Hoult and Mark Gatiss, they deliver pitch perfect physical comedy and clever witticisms. Let them eat... pineapples!

The screenings on Thu 18 Oct and Fri 19 Oct have an audio-description soundtrack for customers who are blind or partially-sighted. Headphones are available on request at the venue. 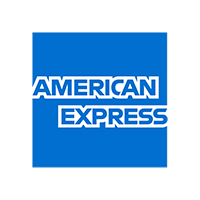