The sophomore feature from Jonás Cuarón is an edge-of-the-seat thriller set on the Mexican/American border. 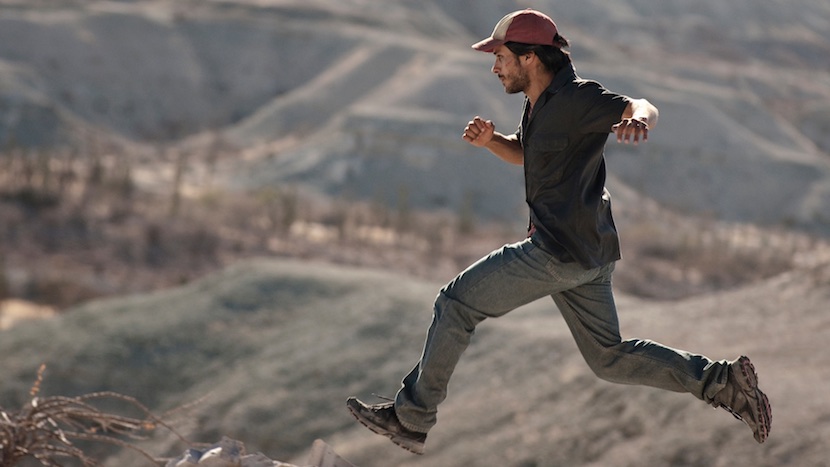 Whilst attempting to cross the border from Mexico into the United States, a group of illegal immigrants find themselves stranded when their truck breaks down, leaving them no choice but to make the rest of the journey by foot. But upon entering US territory, the gang become the unsuspecting target of a gun toting racist who has taken the concept of border control into his own hands, and is determined to pick them off one by one. To describe Jonás Cuarón’s stunning sophomore feature as tense would be something of an understatement. This is a work of such nail-biting suspense as to be almost unbearable at times, with Cuarón (son of Gravity director Alfonso Cuarón and that film’s co-writer) demonstrating a masterful understanding of rhythm and pacing. But while Desierto is a wild and relentlessly enjoyable ride, a political conscience also lies beneath the shoot-outs and chase sequences, lending proceedings a genuine sense of sadness and hopeless tragedy. The ever compelling Gael García Bernal gives an impressively physical performance as the resourceful hero, while Jeffrey Dean Morgan is a truly chilling villain, driven by racism and a misplaced idea of patriotism – perhaps the most terrifyingly single-minded killer since Javier Bardem’s hitman took to the Texan deserts in No Country For Old Men.