Absorbing drama about the adventures of a Palestinian teenager Eyad sent to a prestigious Israeli boarding school. 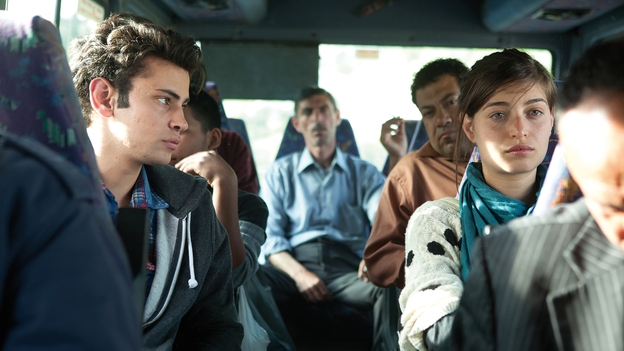 Veteran Israeli filmmaker Eran Riklis makes a welcome return to form with Dancing Arabs, an adaptation of Sayed Kashua’s semi-autobiographical novel about a Palestinian youth’s experiences in an Israeli school. Teenage Eyad attends an Israeli boarding school shortly after his Palestinian academic father is arrested, but not charged, under suspicion of having assisted a terrorist act. We follow Eyad as the only Palestinian in the school, contending with everything from racism and ignorance to both a cross-cultural love story with classmate Naomi as well as a slow-burning friendship with another classmate, the wheelchair-confined Yonathan. Riklis deftly keeps the action on the right side of sentimentality, aided by a prickly screenplay from Kashua himself that retains an edge to the humour while also finding the heart to remind us of both sides’ essential humanity in the face of an intractable political divide.