Made on the eve of WWI, this Belgian classic sees two friends on opposing sides of a European conflict – now lovingly restored. 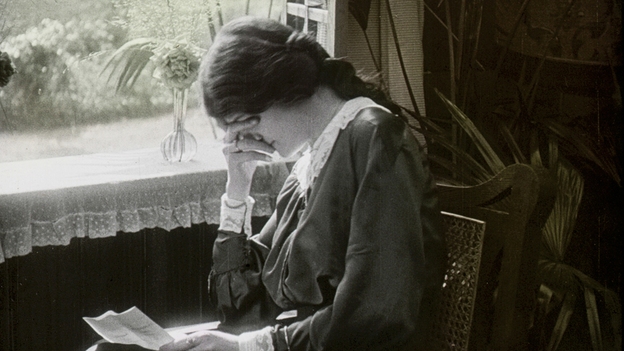 Two friends from different countries find themselves on opposing sides in an apocalyptic war. Back home a young woman awaits news of both – her brother and her lover. Made just before Europe exploded into chaos, this neglected classic of anti-war cinema is both deeply human and devastatingly prophetic. The ravishingly beautiful restoration has returned a magical range of stencilled colours, evoking the nostalgia of tinted postcards and a world stained with the blood of war.

Airship Over the Battlefields (extract)

The post-WW1 landscape of Belgium and northern France is captured from a navy airship: the resulting images are horrifying and hypnotic.

The post-WW1 landscape of Belgium and northern France is captured from a navy airship: the resulting images are horrifying and hypnotic.

Both films will be screened with live piano accompaniment by Stephen Horne.