The Colour of Pomegranates

The film that Martin Scorsese compared to ‘opening a door and walking into another dimension, where time has stopped and beauty has been unleashed’. 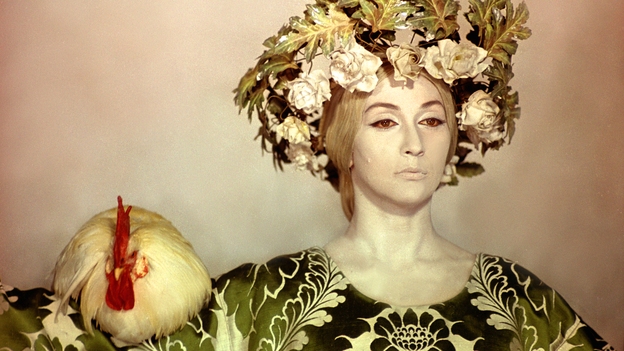 Following the international success of Shadows of our Forgotten Ancestors (1964), Sergei Parajanov was commissioned by Armenfilm Studios in Yerevan to make a film about the life of the 18th-century Armenian ashugh, Sayat Nova. Eschewing the conventional biopic, Parajanov chose the cinematic visualisation of Sayat Nova’s poetry, mixing ethnic rituals with surrealistic happenings. Deemed inaccessible by Soviet authorities, it was re-cut and given a nominal release under the title The Colour of Pomegranates. This 4K restored version presents the original Armenian cut, complete with Parajanov’s preferred stream of consciousness narrative. The apotheosis of the poetic tradition in Soviet cinema kick-started by Dovzhenko, Sayat Nova still exerts a strong influence on contemporary art house cinema.