Kurt Russell heads an all-star cast in this unpredictable and sometimes shocking fusion of horror and western. 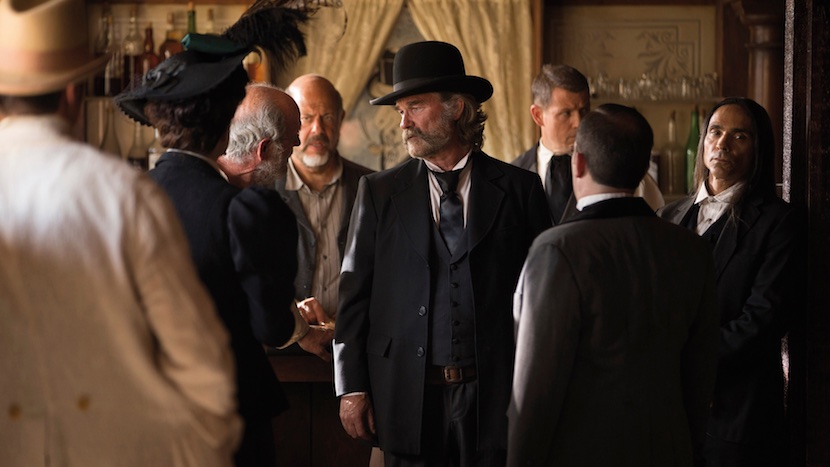 Late one night in the Wild West town of Bright Hope, Arthur O’Dwyer’s life is turned upside down when his wife is kidnapped. A disparate vigilante posse is quickly assembled, headed up by the town’s sheriff Franklin Hunt, and together they venture off in pursuit of Arthur’s wife and her abductors. Unfortunately for our intrepid heroes, they have no idea just who or, more to the point, what is waiting for them when they reach their fateful destination. Equal parts The Searchers and The Hills Have Eyes, this gloriously imaginative genre hybrid is an original, unpredictable beast, filled with enough surprises to satisfy even the most jaded of horror hounds and western fans. An impressively assured directorial debut of writer/musician S Craig Zahler, Bone Tomahawk is a visual feast and boasts some great performances from its all-star cast which includes Kurt Russell, Patrick Wilson, Matthew Fox and Richard Jenkins, not to mention a host of enjoyable cameos including the likes of Sid Haig and Sean Young. But take caution, as one might expect from an unpredictable horror/western exploitationer, the threat of violence is never far away. And when I say violence, I mean violence. With a capital V. Don’t say you weren’t warned...