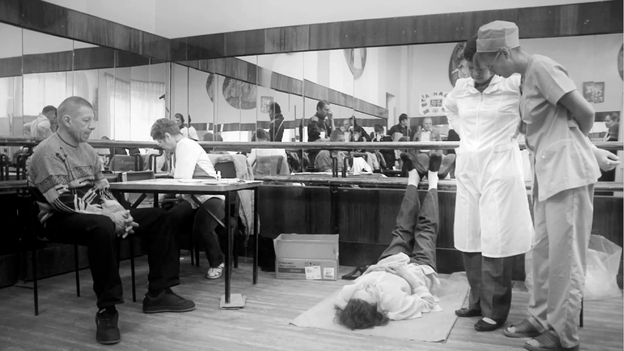 Filmed in stark black and white, Alina Rudnitskaya’s award-winning documentary charts the lives and routines of a Russian blood transfusion team as their mini-van travels to remote, almost out of reach towns. Their task is to collect blood from the local people and as each donation provides a source of income the queues are long. But under the guise of a straightforward ‘documentary’, the film offers a striking portrait of small town life in contemporary Russia, as well as of the clinical team itself. Against a world of hardship and contradiction, we encounter unforgettable characters, dry humour, absurdity and friendship. As the director said, these extraordinary characters were found, not invented. Not for the squeamish.

A dazzling journey through Siberia, in the harshest of climates.