A woman flees her old life against the turbulent backdrop of Greece’s economic crisis. 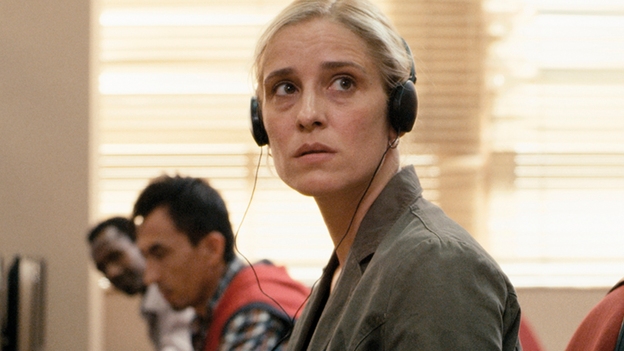 Greek director Syllas Tzoumerkas’ second feature makes an impact that is, as its title suggests, loud and reverberant. Set against the backdrop of Greece’s ongoing financial crisis, the film focuses on Maria (Angeliki Papoulia, who starred in Alps, LFF 2012), a married mother of two whose prospects have been destroyed by the economic downturn. When we first encounter her, she’s fleeing the ruins of her life as her husband Yannis (Vassilis Doganis), the captain of a cargo ship currently in Germany, begins his worried journey home. A sharply stylised evocation of personal and national turbulence, which finds vivid expression in Tzoumerkas’ portrait of the disintegrating relationships between Maria and her family, the film also features poignant flashbacks to Maria’s more carefree youth. This is bold, urgent filmmaking, boasting exuberant performances from Papoulia and her fellow cast members.