In the Sicilian sunshine, a rock star, her lover, a producer and his daughter meet in this sizzling drama from Luca Guadagnino (I Am Love). 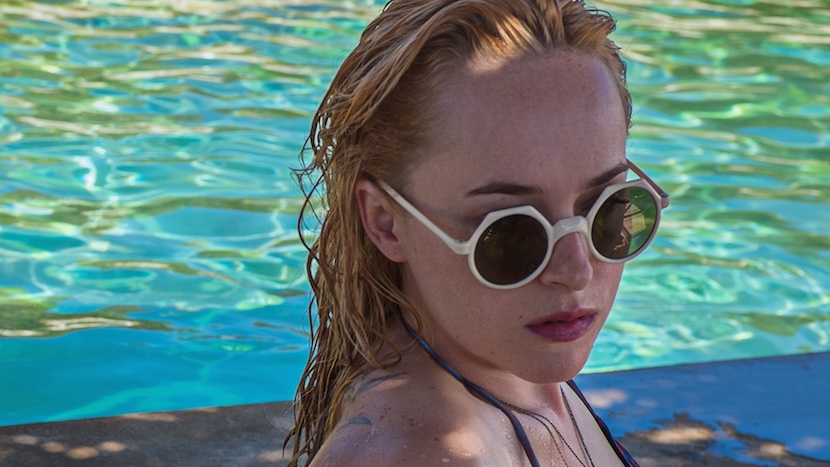 Marianne (Tilda Swinton) is a glittering rock star on a hiatus with her filmmaker lover Paul (Matthias Schoenaerts). Recovering from an operation on her throat, she has retreated from both the public gaze and her performance persona (an androgynous cross between Mick Jagger and David Bowie). Poolside, stripped naked in the scorching Italian sun and seemingly at ease, the lovers are completely unprepared for the sudden arrival of cocky music producer Harry (Ralph Fiennes) and his recently discovered daughter, the petulant and sexy Penelope (Dakota Johnson). Some clothes get ripped off, while others get put back on in this deliciously overheated drama with a dangerous edge. A remake of Jacques Deray and Jean-Claude Carrière’s La Piscine (1969) which draws its title from David Hockney’s painting of the same era, A Bigger Splash transposes the original story from the French Riviera to Pantelleria, a volcanic, windswept Sicilian island that heaves with the same violence as the character’s emotions. Luca Guadagnino sharply contrasts the cocooned oasis of these privileged tourists with the everyday lives of the local islanders and the illegal African immigrants looking for shelter. As with Guadagnino and Swinton’s previous collaboration I am Love, the film cleaves the surfaces of a rarefied lifestyle. Here though, emotions are luxuriously untethered and celebrity wins out over morality and the law.