In this wounding two-hander, a young married couple in Moscow grapples with doubts about the future and divergent career paths. 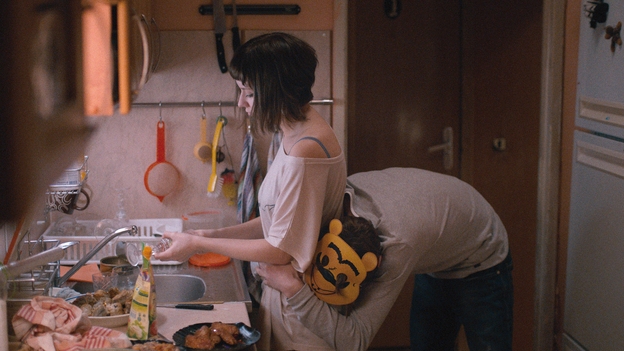 This tart and perceptive study of a young marriage on the rocks establishes director Oxana Bychkova and both her leads as talents to watch. Yegor (Alexei Filimonov) holds down a sketchy job as an unlicensed cab driver in Moscow, while his wife Zhenya (Nadya Lumpova) takes her first steps into the world of graphic design. As one year rolls into the next via some fretful and fraught seasonal partying, it becomes clear that the pair are pulling in different directions, their shared life fraying at the seams. The escalating bitterness may recall the feel-bad likes of Blue Valentine, but the picture, with its tender sex scenes and giggle-prone lovers, manages to retain a cheek and energy wholly its own. Bychkova’s portrait of Moscow’s twenty-something hipster scene is served up with an insider’s winking accuracy, too.