Will You Dance With Me?

An unseen Derek Jarman experiment in a gay nightclub – a roving camera captures the atmosphere of a night at Benjy’s in 1984. 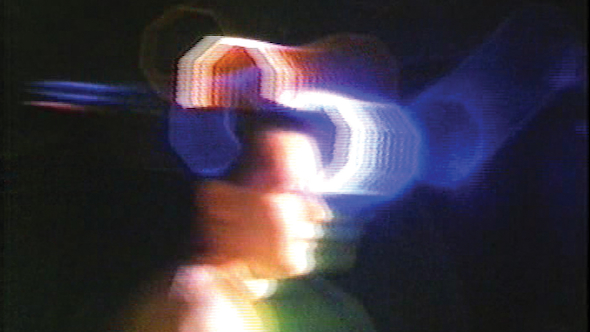 In September 1984 Derek Jarman spent an evening in London gay nightclub Benjy’s as an experiment in filming dancing for Ron Peck’s feature film Empire State. The invited crowd includes many regulars and the film was never intended to be shown. Jarman’s verite camerawork offers a rich, raw and rare experience of cruising around a gay club. From show-stopping breakdancers to energetic disco dancers, Jarman can get close to anyone. We get to know the faces and dance moves of the entire club with Jarman returning again and again to some handsome young men, one of whom is actor Phillip Williamson (Angelic Conversation). A strangely moving exercise in nostalgia for anyone who was on the scene in 1984 – and a fascinating insight for anyone who wasn’t.

We are pleased to welcome Ron Peck to introduce the screening.