Jim Sharman’s follow-up to The Rocky Horror Picture Show is a scathing critique of celebrity culture, more prescient than ever. 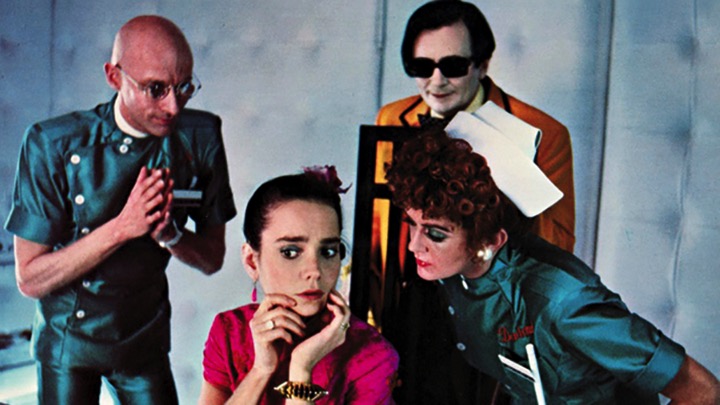 Richard O’Brien’s follow-up to his cult hit claimed, ‘It’s not a sequel... It’s not a prequel... It’s an equal’. Well, that may not be strictly true. While the transgressive pleasures of Rocky Horror ensured its place in midnight movie history, Shock Treatment proved slightly more challenging for audiences. Set a few years after the first film, our now-wedded heroes Brad and Janet find themselves propelled to small-screen stardom, when an impromptu appearance on the TV show ‘Marriage Maze’ puts their relationship to the test. Once deemed a cynical attempt to cash in on its predecessor’s popularity, Shock Treatment has aged incredibly well. As a scathing critique of celebrity culture and reality TV the film feels more prescient than ever, complimented by an unruly narrative, startling set design and the post-punk leanings of O’Brien’s ingenious songs.