James Franco stars in this provocative film about Michael Glatze, a pioneering gay rights activist who later denounced his homosexuality.

Ticket ballot The Opening Night Gala screenings on 19 March is subject to a BFI Members’ ticket ballot to ensure a fair allocation of our most sought-after tickets. Enter ballot 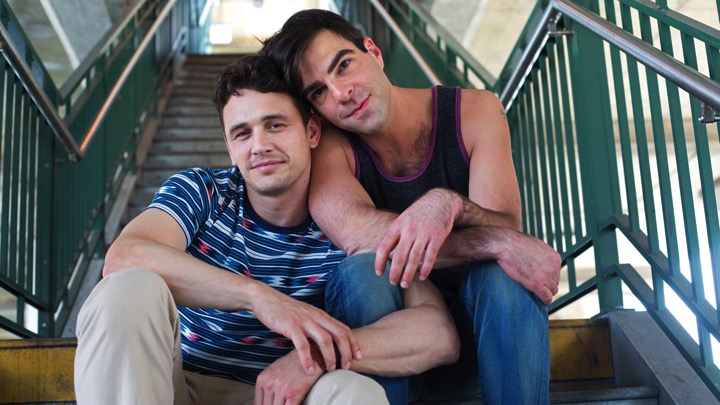 In a fascinating and provocative inversion of the familiar coming-out tale, I Am Michael tells the true story of Michael Glatze, a pioneering gay rights activist who shocked the community by denouncing his homosexuality and embarking on a new life as a Christian pastor. A former San Francisco based writer and journalist, Glatze founded his own trailblazing publication ‘Young Gay America’ in 2004, offering support and giving voice to queer youth. Following years of dedication to the cause, he underwent a crisis of identity, finding himself drawn to religion and a more conservative outlook on life. In 2007, he left not just the magazine, but also his boyfriend of 10 years, to start all over again. Following his work on films such as Milk, Howl and Interior. Leather Bar., James Franco continues to display his unwavering commitment to the portrayal of LGBT characters in US cinema, jumping at yet another chance to play gay. The fact that this time around he has a much-publicised threesome with Zachary Quinto and Charlie Carver only adds to the pleasure. Touching upon issues of homophobia, both internalised and within the wider culture, and the complexities of sexual identity, debut filmmaker Justin Kelly (a protégé of Gus Van Sant) lends grace and sincerity to his incendiary subject matter, resulting in a film that is a pleasure to watch, even at its most confrontational.