The diversification of an all-black residence hall forces a group of African-American university students to take a stand. 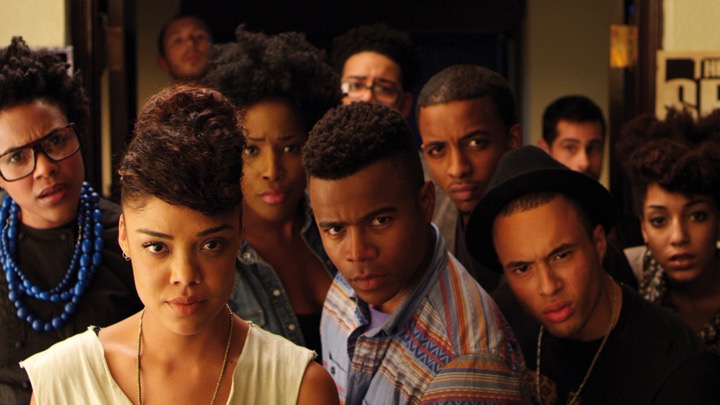 Sam White is frustrated. Everywhere she looks, she finds racial inequality and coded aggression at her elite university. Her radio show is rubbing people up the wrong way and her ex-boyfriend, the tormented son of the school’s dean, is her opponent in a student election campaign she thinks she will never win. When she does, Sam is forced to face the true complexity of the racial politics she espouses; a complexity that Lionel Higgins, a gay writer casually ridiculed by the black student union Sam runs, is already facing. Back by popular demand after its BFI London Film Festival 2014 screenings, Justin Siemen’s debut is a comic look at an issue that runs deep.

He? She? They? Don’t matter! A wry and knowing song about gender with a glitchy DIY aesthetic.